Franklin J. Eubank, Jr. is known for his integrity and positive attitude which were developed as he grew up in Rockford attending public schools and graduating from Guilford High School in 1983. He attended the University of Illinois at Urbana-Champaign and graduated in 1987 with a Bachelor of Arts in Liberal Arts and Science. After working at Envirovac in Rockford for a year and a half, he decided to attend the John Marshall Law School in Chicago, graduating in 1992. Upon passing the bar exam, Frank was hired by a law firm in Rockford to work primarily in Family Law, but also in the areas of Estate Planning, Real Estate Law, Business Law, and other areas as needed. Frank opened his own law office in Rockford in December of 1994 and has continued his practice at the same location serving clients from all over the Northern Illinois area. 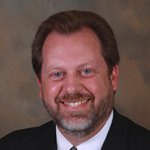